Charity Social Dog Walk, Dog Shows, Demonstrations and Dog Behaviour Advice Stands can be arranged to support your chosen charity or fundraising event.  Please get in touch early as bookings are usually being taken well in advance for both charity events a behavioural consultations. 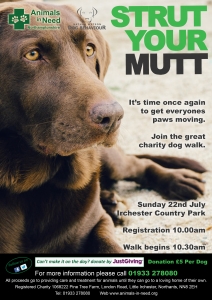 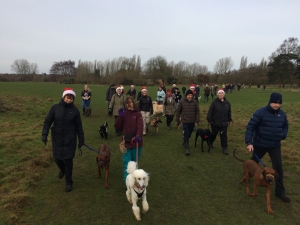 This was our first Big Christmas Dog Walk and it went down a storm! Well over 120 dogs took part.  The walk was a great way to finish a year of Saturday group dog walks at Bradlaugh Fields.  The walk raised over £300 which took the total raised at the Saturday walks alone, to in excess of £3000!  Same again next year! 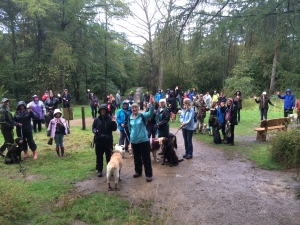 The weather wasn’t on our side for Strut Your Mutt in October 2016.  We still had a strong turn out of about 50 dogs and raised around £300 to help look after the animals inthe care of Animals In Need.  Thank you so much much to those who supported and I hope to see you at the next walk! 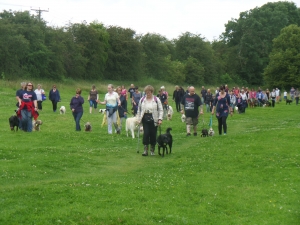 On July 10th 2016 the Summer Strut Your Mutt for Animals In Need took place at the wonderful Irchester Country Park in Northamptonshire.  Over 100 dogs were present on the day and £500 was raised to support the ongoing work of the rescue.  Well done all who took part and we look forward to seeing again soon! 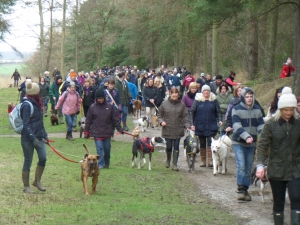 February 7th 2016 saw the biggest ever Strut Your Mutt take place at Irchester Country Park in aid of Animals In Need.  There were around 150 dogs taking part (with their humans of course!) Over £2100 was raised in total which is fantastic.  Well done and thank you to all those who have once again shown their incredible support.  See you next time! 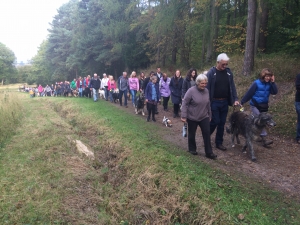 October 11th saw Strut Your Mutt return once again to Irchester Country Park in Northamptonshire.  It was a superb turnout with around 120 dogs taking part, walking alongside their humans.  Over £2000 was raised which has all gone straight to Animals In Need to support the very hard work that they do every day of the year.  As always, well done and thank you to everyone who took part or supported in any way. 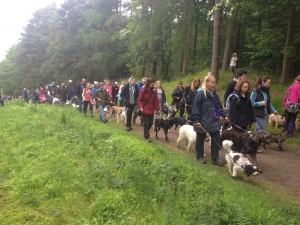 Strut Your Mutt was back again for the summer 2015 event.  Again it was a huge success raising in excess of £2500 for the well deserving animal rescue charity Animals In Need who are based in Little Irchester, Northamptonshire.  On the day the were around 120 dogs taking part, many of which had been adopted through the charity.  A huge thank you and well done goes to all involved. 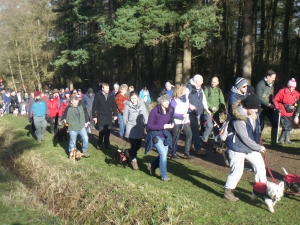 The Winter Social Dog Walk which took place on February 8th 2015 in aid of Animals In Need was a great success with well over 120 dogs joining the fun at Irchester Country Park in Northamptonshire for an incredible walk.  The total raised was almost £2500 which really is amazing and will go toward the rebuilding of the five isolation kennels at the sanctuary. 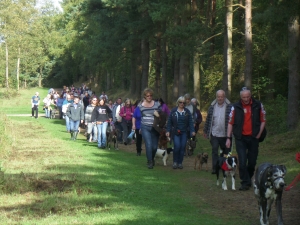 Once again the walk saw an incredible turnout with around 120 dogs joining the pack on October 5th 2014 helping not only to raise funds for an amazing charity but also playing their own part in making the walk such an enjoyable event.  Over £2111 has being donated which is truly astounding!  All of the money raised has gone directly to Animals In Need 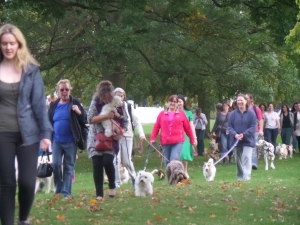 Following the tragic arson attack on the Manchester Dogs Home we held a charity Social Dog Walk on September 18th 2014 to raise funds as a contribution to help with the rebuild project.  Over 70 dogs joined the walk which raised an amazing £600, all of which has gone directly to the dogs home. 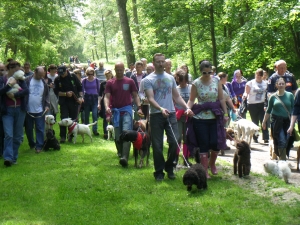 On May 25th 2014 the Charity Social Dog Walk in aid of Animals In Need rescue and rehoming centre saw over 140 dogs in attendance and raised £2500.  The Social Dog Walk was one of the largest of it’s kind in the UK.  All proceeds from the event went toward the rescue, care and rehoming of wide variety of animals. 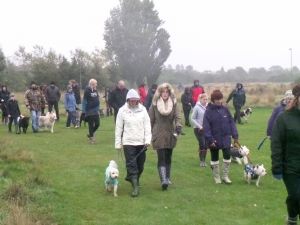 On October 13th 2013 the National Social Dog Walk raised over £1000 which was shared between the blood cancer charity Anthony Nolan and a variety of dog rescue centres. 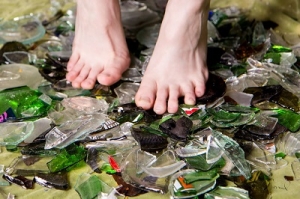 On April 20th 2013 along with around 30 people, I completed a barefoot walk across broken glass, narrowly avoiding severe lacerations all to raise money for Animals In Need.  This was far more risky than last years fire walk.  Once again, well done to all involved. 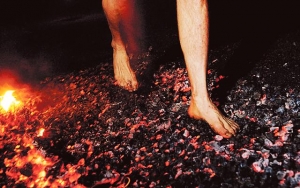 On the 15th of September 2012 100 brave people (including myself)  walked 20ft accross hot coals (1100 degrees) barefoot to raise money for Animals In Need.  What an amazing success it was, over £15,000 has been raised.  Well done to everyone involved. 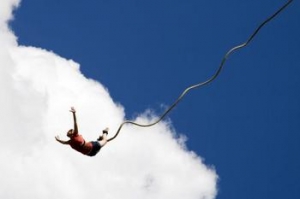 On April 8th Nathan threw himself from 300ft off of the UK’s highest bungee jump to raise £300 for Animals In Need and Brook Farm. 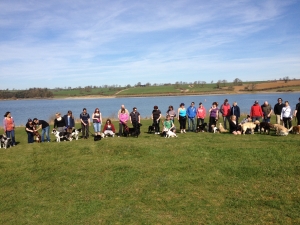 On March 24th 2012 A 7 mile charity Social Dog Walk organised by Nathan Watson Dog Behaviour took place at Brixworth Country Park in Northampton.  It was a fantastic success raising £700 for two very worthy charities, Animals In Need and Brook Farm Sanctuary.  A great time was had by all involved, thank you so much for your support.